7 reasons why your Low Budget film should go DGA Signatory

I often get asked to create schedules and budgets for films in development and one of the questions I will often ask the producer(s) is what unions they want to budget for. Many times SAG is a no brainer no matter the budget but often times convincing producers to budget for IATSE, DGA, TEAMSTERS and WGA can be a challenge. Many times the reasons producers don’t want to join these unions is because of paperwork, limited finances and having to be under the scrutiny of a union. I put together a list of reasons why producers might want to reconsider….

1. Choosing to make your project DGA signatory will allow your Director the ability to Join the DGA if they are not currently a member.

2. Your film will be eligible to be entered into the DGA Awards.

3. You will be required to hire DGA UPMs and ADs (1st, 2nd and 2nd 2nd) thus ensuring an experienced AD staff. Now yes you can (might be able to) find experienced Non-Union ADs and UPMs however it is possible that they may or may not be as experienced as someone in the union and this could potentially lead to problems.

Example: You hire a Non-Union 1st AD who has only done one or two features and they may or may not not know how to keep your set safe or on schedule and you end up needing to shoot more days thus causing you to spend thousands of dollars.

4. If a movie is over a million dollars, some financiers will prefer that your movie is bonded. Some bond companies will require that your film join certain unions such as IATSE and DGA to limit the risk involved in making the picture.

5. You have access to a vast network of possible DGA Directors, ADs and UPMS around the United States to employ. Check out the list(s) HERE.

6. It may not be as expensive as you thought. For films under $500K the rates are negotiable. Essentially you would be paying the fringes (pension and health etc) on 3-4 crew members in addition to your cast. Check out the rates HERE.

7. It may not be as difficult as you thought. Yes you have to fill out an application and submit information about the film…but you are most likely doing this for SAG etc. What’s one more application?

Step 1.
Visit the Employers section of the DGA website.

Step 2.
Click Learn more about Becoming Signatory.
Step 3.
Download the appropriate signatory package on the right hand side.
You may need the following documents

Note:
There is a section on the DGA Application where you will list the Director, UPM and ADs. Its important to note that for most applications you will need to hire members in good standing who are listed on the perspective Qualification List. There are some project types where you may be eligible to hire someone who is not listed in a certain category etc. You can always fill out the crew you know for now ie… (Director and UPM) and then submit the AD names at a later time once it gets closer to filming. If you have any questions about the application don’t be afraid to call the DGA and ask.

Step 4.
Email the packet to signatories@dga.org.

Step 5.
Upon return of the completed and signed signatory application and forms, the Guild will determine if the producer company presented is the appropriate signatory entity, based on the information provided. Further information may be required.

Step 6.
Signatory status will be given to the Producer at the time the Guild is confident that the necessary signatory and financial assurances’ documents have been provided. The signatory and financial assurances documents will be circulated to the appropriate parties, signed by the authorized representative of the signatory Producer, and delivered to the Guild prior to the commencement of Principal Photography. A payroll deposit is required. It is important to discuss the delivery of the payroll deposit with the Signatory Representative early in the signatory process. 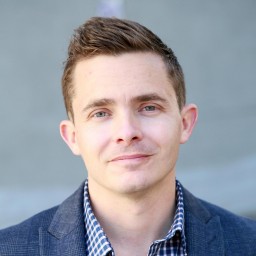 7 devices to improve your walkie experience